You have allowed cookies to be placed on your computer. This decision can be reversed.

Visit us in Aesch (Basel Land) near Basel. Let us show you what the Kostüm Kaiser collection on over 1000m2 and 600 linear meters of hanging rails has in store for you and enjoy the fitting in our spacious dressing rooms. Thanks to our on-site laundry and dry-cleaning, we can meet the highest standards of hygiene. 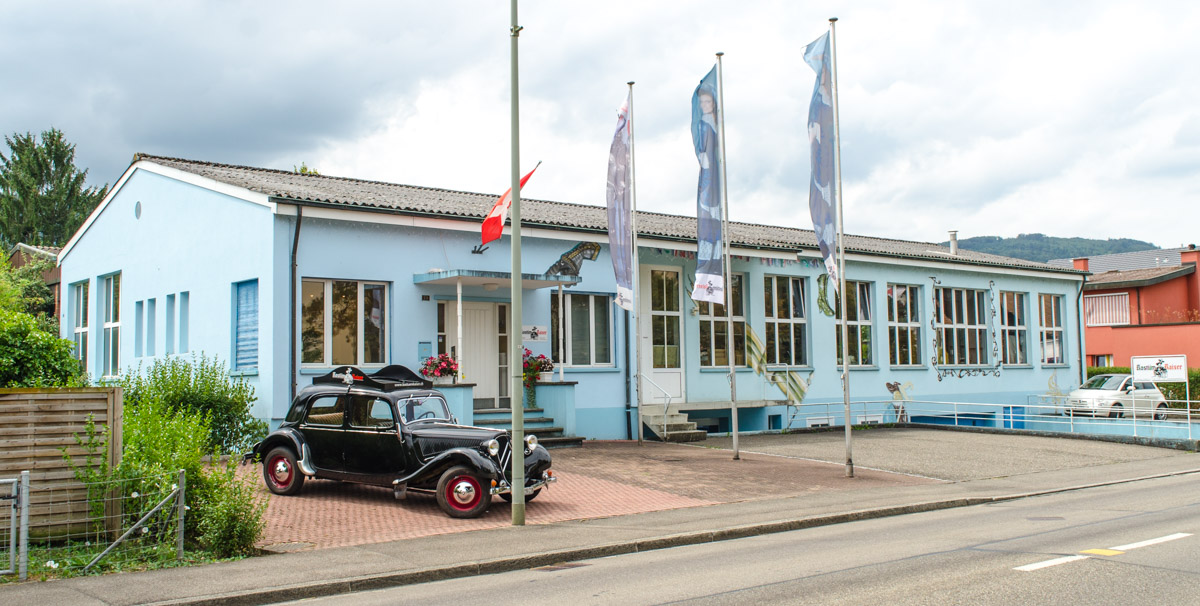 Getting to us is extremely easy - both by car and by public transport.

The company was founded in 1882 by Hans Kaiser under the name "Meili and Kaiser" at Utengasse 15 in Basel, Switzerland. From 1896 costumes were rented mainly to theatres and individuals by his son, J. Louis Kaiser.
The emerging historicism was the breeding ground for more and more historical pageants and monumental historical parades that were dressed by J. Louis Kaiser. In the course of this development, the company specialized in the production of historical costumes, uniforms and flags. Around the turn of the century, the company moved to Utengasse 21. There were even branches in Weil am Rhein (Germany) and at Falkner Gasse 2 in Basel.
After the death of Louis Kaiser in 1927, the company was headed by his widow and their son Friedrich Boss.  In 1931 the company name changed to Schweizerische Kostüm- und Fahnenfabrik J. Louis Kaiser AG. From 1935 until his death in 1962, the company was headed by Otto Adler Kaiser.
From 1959, the tailor Walter Gschwind was involved in the operation and brought his tailoring company Gschwind & Co into the company. The production expanded and modern uniforms for police, firefighters and train employees of SBB were produced.
In 1962 the company moved from Utengasse in Basel to Lettenweg 114 in Allschwil to support the ever-growing collection of costumes and props.
With Bruno Gschwind, who has coorperated in operation since 1969, the company moved to Aesch in 1973, where it still exists today. Since 2007, Cédric Gschwind is also working in the company, being the third of the Gschwinds. In 2010 the company's name officially changed to "Kostüm Kaiser AG", the name that has already been used for over 100 years as a nickname by the population.

We use cookies on our website. Some of them are essential for the operation of the site, while others help us to improve this site and the user experience (tracking cookies). You can decide for yourself whether you want to allow cookies or not. Please note that if you reject them, you may not be able to use all the functionalities of the site.